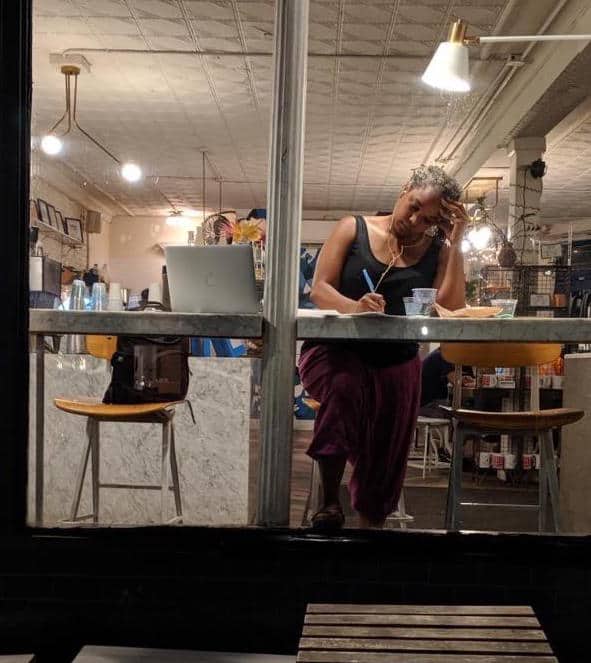 I’ve been writing a series of blogs on the creative life for over ten years now. While I’ve discussed a range of topics related to the background machinations of developing art, one of the writing-related things I love to discuss the most is process. While I am fascinated with the “how-ness” of artists’ creative processes (how they create their work), I’m even more fascinated with how they get the work done (the process of producing work). So I didn’t hesitate when Sofia Samatar, author of the Crawford-award winning A Stranger in Olondria, invited me to participate in the “My Writing Process” blog tour, in which writers take turns discussing their process. (Read Sofia’s post here: http://sofiasamatar.blogspot.com)

Just this weekend I had a conversation about process, or more specifically about procrastination. “I just need to stop procrastinating and get to work,” a friend said. And I said, “You’re never going to stop procrastinating. You’re human and it’s built into our genetic code.” When you want to create work, amorphous statements that lead you to strive to change yourself will never work. Productivity isn’t about fixing what’s lazy or broken about you, it’s about learning the secret combination(s) that free your passion to come out and play. I find it much more productive to look at my blocks and create systems and strategies to work around them rather than commit myself to demolishing them.

I say leave procrastination alone, break down the project you want to do in bite sized chunks and give yourself a broad swathe of time during which you can complete your task bit by bit. It’s the only way I get anything done these days. Take for example, my short story collection Ancient, Ancient. After years of beating myself up for not having a disciplined process (I can’t wake up early in the morning and write; I can’t write after work; I can’t go to a café because I have to go straight home and do homework help), I decided it was time for me to publish my work. Stop beating myself up for what I had failed to do (writing a novel), and start celebrating what I had succeeded in doing (writing a book’s worth of short stories).

Once I made my work a goal and not an aspiration, I started editing on the train. It was the one place where I was not needed. No child or boss or coworker could demand anything of me during my commute. I instantly invented a process to meet my goal. Not because I’m brilliant, but because I took a functional perspective on the problem and I stopped blaming myself for not being able to write daily like “good writers” do.

Process is fluid, it changes as you change; it changes as your life changes. It’s not cause for bragging rights or a way to prove yourself, it is quite simply the structure you need to get the work done. And it is my true belief that you would not have the impulse to create without the ability to fulfill your creativity some form or another. In other words, there is always a way to make work. You just have to puzzle out the right process that will clear the path and let the work emerge.

And now for the questions:

1) What are you working on?
I’m working on a novel (working title: This Hurricane That Is My Home). It’s the story of four women thrown together in one house in New Orleans and how each other’s presence stirs up conflict, consternation, and growth. It is mostly realistic fiction with a healthy dose of magic.

2) How does your work differ from others’ work in the same genre?
Who wrote this question? That’s a question for reviewers, agents, and editors to answer. I can say that this novel is not speculative, though my collection of short stories is. I was a bit paralyzed when it was time to get to work on this novel because it is a bit of a departure from my established work, but the truth is, I’ve always been intersectional—I write fiction that rambles and rolls through whatever genre it need to in order to tell the story. I’ll write horror, I’ll write essays, I’ll write erotica. I am not wedded to any one genre, I just want to write electric work that connects to the spirit and transports the reader.

3) Why do you write what you do?
I write what interests me, and as I do so, I create space for the multiplicities of my identity out in the world. I deeply hope that as I build an authentic creative space for myself, I am also clearing the way for others who intersect with some of my multiplicities—just as artists before me have done for me. In a recent conversation about dialect with Nalo Hopkinson, we got to a point of discussing privilege regarding language. I said “In all ways I’m clearer about disturbing assumptions with self representation than I am about [using my work] to open doors for others. Nalo replied: “In some ways, those two are the same thing. Reducing bias leads to less prejudice, personally and systemically.” 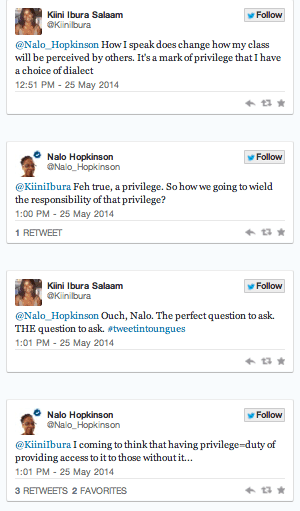 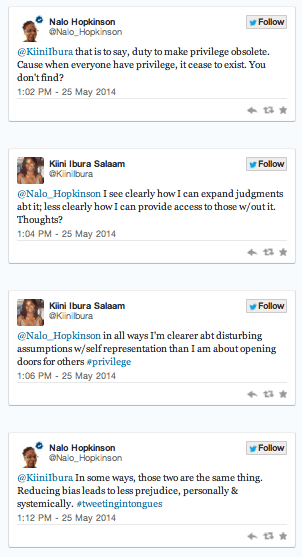 I represent myself in my writing because self-representation is my creative impulse. I hope to be one in a procession of artists who open doors for others as they/we testify to the presence of multiple communities. As Mendi Lewis says: “There is a relationship between what has been and what will be, there is a responsibility for each of us to be a bridge between the two.” I strive to bridge yesterday, today, and infinite tomorrows with my work.

4) How does your writing process work?
As I said, process is fluid. My process this year may not be my process next year. I’m definitely more of a “viber” than a planner. When I’m writing, I come up with an idea and parameters and I write my way into the story. After I get what feels like a full story arc together, I start to edit. I may do two to three edits in which I’m looking to pare the story down to its core. I’m slashing anything that feels empty, words that I wrote more as scaffolding as I was puzzling my way through the story, and is not essential to the plot. If the flow feels awkward, I restructure scenes in attempt to uncover the progression of events that will feel the most natural.

After that’s done, I do two or three edits that tweak the language. Once I’ve established the plot and scenes in a way that feels strong, I can “hear” the language better. Does this story want to be written with long adorned sentences? In short, staccato bursts? Is it more about voice than description? After moving though the story in ever-deepening drafts, spiraling through the plot with my razor blade six to eight times, I hit the bottom of that story’s well and I’m done!

But the truth is “done” is as fluid as process. Sometimes when I stop writing, that’s the end of my engagement with the story. Other times, I will feel that the story is only done “for now.” I will publish it or set it aside, knowing that I have left behind clumsy sections or heavy handed writing or disorganized progressions, but in the moment, I don’t have the distance and/or development to fix it in the moment. Sometimes I find a solution years later, and others will always feel not quite done. Much to the chagrin of editors, I’m constantly tweaking details and writing to the very last second.

One of the biggest thrills for me as a writer is when my process yields to magic. When the story, the characters and the writing finally clicks and I know that something larger is at play. As Kate DiCamillo says: “I am most happy when I have an idea of the shape of the thing and can settle into the work of making it better.”

Thank you for taking time to consider process with me. I’m excited to pass the Writing Process blog over to two of my cohort from Clarion West 2001. We shared a magical six weeks together with a group of growing writers who are making wonderful strides in the writing world. Check their websites next Monday for their responses to the writing process questions.

Benjamin Rosenbaum is a fiction writer and computer programmer, whose stories have been finalists for the Hugo Award, the Nebula Award, the Theodore Sturgeon Award, the BSFA award, and the World Fantasy Award. His work has been published in The Magazine of Fantasy & Science Fiction, Asimov’s Science Fiction, Harper’s, Nature, and McSweeney’s Quarterly Concern. It has also appeared on the websites Strange Horizons and Infinite Matrix, and in various year’s best anthologies. The Ant King and Other Stories, a collection of Rosenbaum’s short fiction, was published by Small Beer Press.

He’s deeply curious about life and the world, and is restlessly inventive in his work. As a writing peer, he’s been a huge supporter, often checking in on my writing and lighting the dark when I lost my way. Visit Benjamin’s blog at www.benjaminrosenbaum.com.

She’s my ebook guru, having created a name for herself in the romance novel with her first novel Time and Eternity, and her self-published novels Paint Me True and Someone Else’s Fairytale. In addition to continuing to publish, she also designs book covers and formats paperback books and ebooks. A former lawyer, she is extremely generous with her hard-earned knowledge about self-publishing and has been an invaluable guide in my own foray into ebooks. Visit Emily’s blog at: http://www.emtippetts.com/p/home.html

Join them on Monday, June 16, to take a peek into their writing processes.