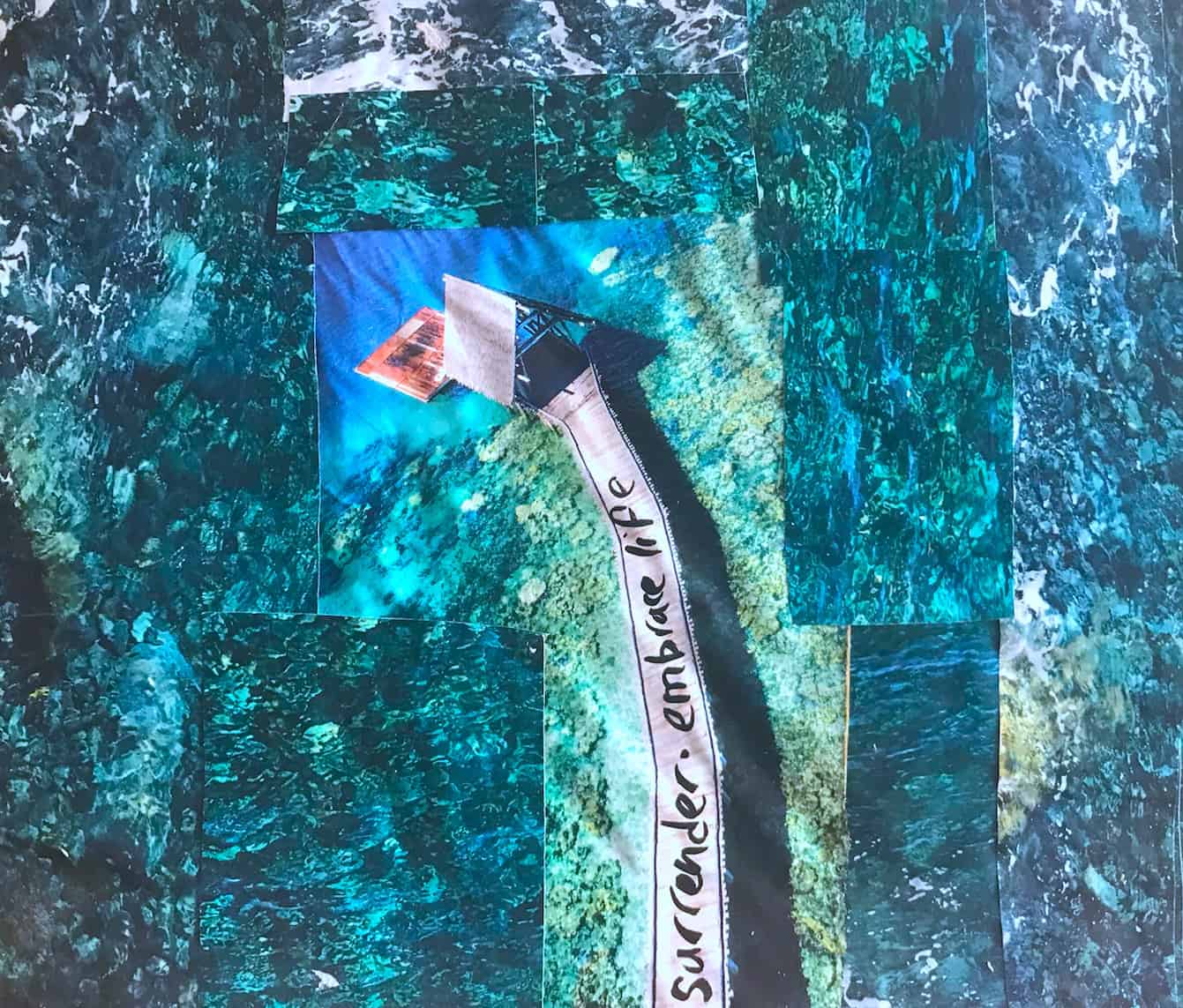 I went to the Met for the unveiling of Wangechi Mutu’s sculptures, which are now sitting proudly installed in four alcoves across the Met’s façade. These sculptures were created as the inaugural Facade Commission. These newly established project will commission an artist to develop sculptures to be displayed outside of the museum for a year. The artist talk was wonderful—covering Mutu’s journey in making the sculptures, the artistic and cultural references she drew on for their design, as well as her personal journey as an artist.

Mutu shared that she trained as a sculptor at Yale School of Art. (I reflected on a commencement speech she gave at her alma mater here.) She gained acclaim, however as a painter and collage artist. Her cut up and painted pieces reflected on identity and trauma in visceral and ethereal ways. During the talk she discussed her internal struggle with not doing sculpture after graduation. Born in Kenya, Mutu was legally restricted from leaving the country for years after moving to the U.S. for school. She found the collage/painting hybrids were more expressive of her state of mind as she found herself confronted with the pain of being unable to travel back home. Here painting and collage works were known for exploring the impact of war and trauma, but she also used them to express her own fragmentation. The cut up paper and splattered inks were an apt vehicle to illustrate the split she felt from her identity, the broken bridges she could not cross to get home.

Now able to travel home, Mutu shared that one day, she was sitting in her studio and felt overwhelmed all the papers and magazines surrounding her. She decided to shred them all. Then she made pulp from the shredded paper and used the pulp to create her first sculpture in years. As an outside observer, when I saw her sculpture work, I thought she was expanding and exploring new art forms. I had no idea she was coming home. She shared photos of multiple sculptures as she guided us through her return to 3D work along with sketches of the sculptures, describing how the Met commission allowed her to realize an idea she had been toying with for some time in her journals. What struck me was her statement that the sculptures provided a sense of wholeness. In contrast to the cut and assembled bodies of women in her 2D work, these women—standing or sitting proudly in the alcoves at the Met—these sculpted women are their full and complete selves.

It is beautiful and amazing how closely tied the progression of art can be to the artist’s journey. After the talk, my friend and I stood on the Met stairs taking pictures of the sculptures and enjoying the beautiful weather. “It’s so hard,” my friend said. “To go to work tomorrow. I just want to sit at home and write.” (We have both been working on novels for many years. We both have things we want to say, projects we want to complete.)

In that moment, I was thinking of Mutu. How despite all her success and acclaim, the work she was producing was still, for her, fragmented. How even as an artist at the top of her game she had places to go, spaces in which she could grow. I was also listening to the sound of the water from the Met’s fountains. My friend’s lament and the sound of the water falling also made me think of one of my favorite images. In the song “Tempo Rei,” Gilberto Gil sings,“Água mole, pedra dura” (Soft water, hard rock). Without translating the rest of the song, I understand exactly what’s being said with those four words. Water is soft and the rock is hard, but the water will wear down the rock over time. Later in the song, Gil sings, “Oh, tempo rei, transformai as velhas formas do vivir.” (Oh King Time, transform the old forms of living.) (I wrote about Gil reaching a level of mastery that he could sit alone on a stage and sing to a whole theater. Here is a taste of that.)

Time is transformative. If you’ve ever watched a child grow or helped someone learn how to ride a bike or even completed a puzzle, you know it’s all about time. Massive growth happens over time. I told my friend about the song, specifically about what the soft water does to hard rock. We can’t quit our jobs, we can’t free up our lives to spend all day in the café writing, but we can spill a few drops of water over that rock-hard goal and slowly eat away at our goals.

This is how I’ve been writing. Not every day. Some weeks it’s one day, some weeks it’s three. Regardless, every week I’m doing something to advance my novel(s). Water doesn’t have arms and legs, so it has to flow to get where it’s going. I’ve adopted that into my practice. Every time I hit that hard wall of doubt, disappointment, disbelief, complaint—I take a deep breath and tell myself I don’t have to break down the walls at once. Just a few drops. Just 10 pages of edits today, just five pages of drafting today, just typing up those edits tonight. Just a few drops today, and return to it another time.

Is it sexy? No. It is decidedly not. But looking over my progress can be intoxicating. Is it fun? Not always. Transitions are very hard for me. So I build it into my writing time. My friends who get my whiny texts at the outset of a writing session know the emotional weight of that stone. But after I let my pouting and complaints out, I get to the work of writing—of chipping away at that stone and opening the way for the water to flow through.

For the first time, I’m also using writing schedules. With my severely limited time, I plot out what has to be done. It helps me bring shape to my efforts and keep my eye on my progress. Agua mole. That’s all I have to be. Soft water. Sit down and flow for a few hours at a time. We all can do that. The hard point is facing down the mental chatter and the desire to lounge in bed and brunch with friends. Doubt and self-criticism is built into our human engineering. Relaxing and communing are lovely activities that we all deserve. But that’s the friction, isn’t it? It’s our efforts that wear down on that stone. It’s the small act repeated over and over again that produces a book. By giving ourselves the space to create, we give our work time to exist, breathe, and transform.