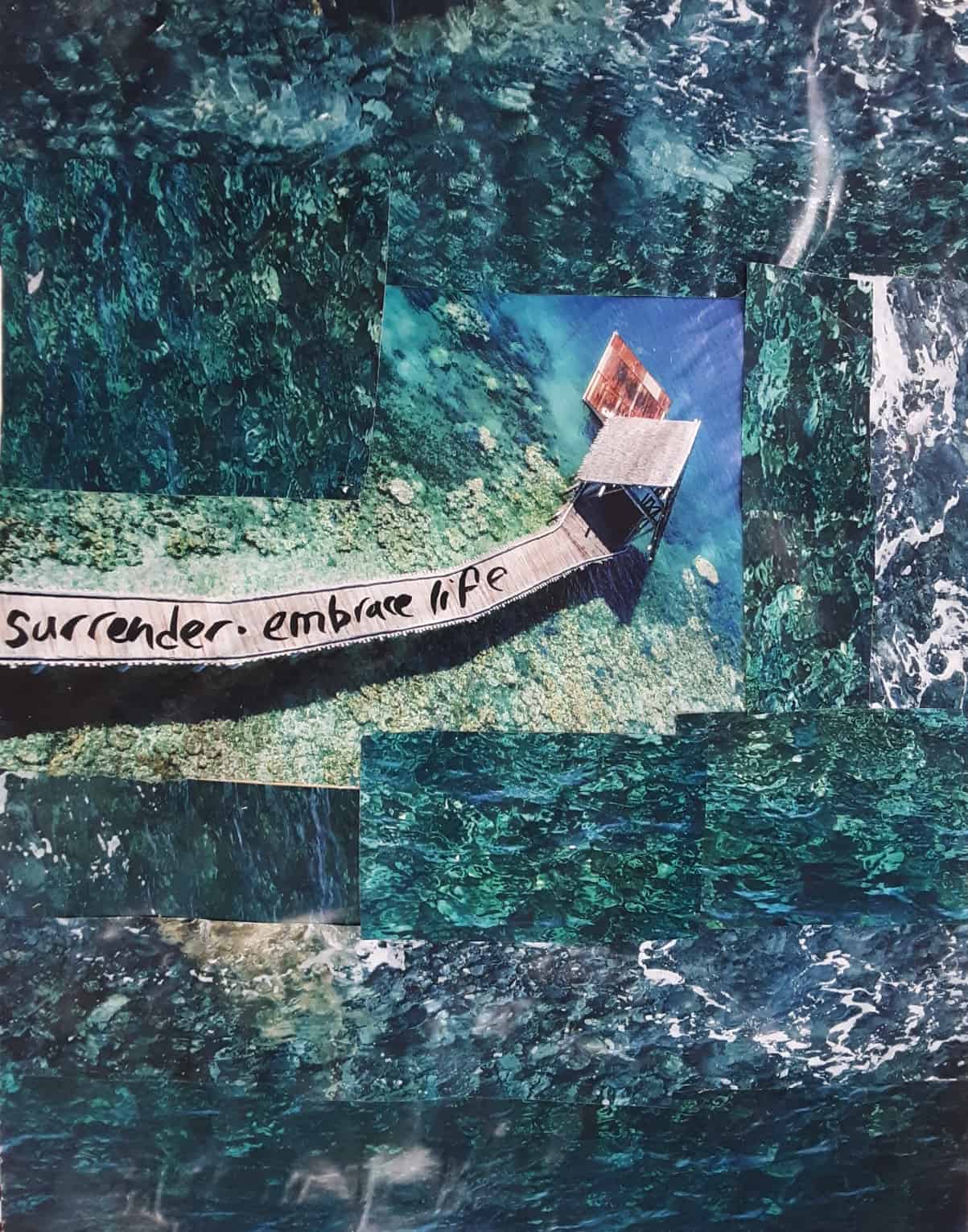 My uncle, who is a consummate salesman, took issue with my comment in last month’s KIS.list that getting your work out there is “not about the end game.” While he agreed with my perspective on disconnecting your emotions from the self-promotion process, “It is about the end game,” he argued.

The end game is one of those tricky life concepts that can both empower and undo a person. Of course my uncle is right, life/art IS about the end game. We all want to be healthy successful people. At the same time, life/art requires total immersion in such a way that how you live in the now takes precedence over everything. End games are the consequence of living a now that will give you the tomorrow you desire.

What artist hasn’t imagined her work widely received, wildly acclaimed? The ultimate endgame—critical and commercial success—is always there, looming as a possibility or a threat just out of the emerging artist’s peripheral vision. Some artists are certain of their end game; they know exactly where they want their art to take them and they push their way forward, urging fate to align with their desires. Other artists fear fully committing to one particular end game or another, they even fear the act of pushing toward an end game. (Many of us are just afraid.)

The truth is a blind focus on the end game can be a corrosive element in an artist’s life. The end game deserves a space of committed focus, but it also must be contained so as not to eclipse the art. The artist’s first priority is maintaining her own health: a healthy mindset, a respect for the work, a creative process that produces work. The first end game—in a way—is the creation of work itself. Once the work has been created, the next end game emerges: where will I sell/exhibit/share it? How can I give it an audience?

And this is where the balancing begins. An artist might become so sensitive to external responses to her work that she not only shifts her promotional approach, but she may start to shift her work itself—and the tail may start to wag the dog.

People—artists—who are overly attached to the end game are vulnerable. They are vulnerable to self-criticism and corrosive self-attitudes. For the most part, artists don’t have the luxury of being either manufacturer or salesperson; we have to master both paths—and we have to be careful not to let each separate path bleed too much into the other. So what happens psychically, spiritually, and creatively when the end game doesn’t match up with the projections? When our internal salesperson hears a critique, she may be tempted to berate the manufacturer into changing the product. Or when the manufacturer, who really is a quiet type, can’t take the heat of critique and the monotony of promotional work, she may lock the salesperson out of the studio and block her access to the art.

The fact is artistry has no direct connection to the end game. Try to create a piece of work while staring down the road at the end… what will you end up with? Creating is about the moment—delving in deep, feeling, expressing, noticing, recording. It’s about standing in nothingness and following those elusive and mercurial cords of creativity to the end of the line. So sometimes we have to tell ourselves things like, “It’s not about the end game,” to get to the end of the creative or promotions process. We must move forward, reaching toward what we hope to achieve, all the while telling ourselves we’re doing no such thing, we are just living in the moment.

We are creative beings. If we hold too tightly to the end game or make our creativity be about the end game, we are closing our creativity up in an airtight room. Careers naturally fluctuate, markets change, creativity ebbs and flows. A part of getting to the desired end is being willing to be fluid, to listen to yourself and the world, to be wrong about what you think the end game is, to be ready to spring forward and change streams, as well as stay rooted in yourself and your voice. It’s a dynamic dance with as many shifting variables as the artistic process itself.

Often artists don’t get decide which of their expressions will meet with success. Some people’s work never makes it into print. Some make it into print and then flop. Some make it into print and sell consistently with each book, yet the gains are so paltry that they can never quit their day job. Some artists receive acclaim posthumously. Yet others meet with freakish success while they are alive. No matter the end game, each of these artists (if they are really artists down to the soul) must keep creating. Whether their marketing attempts meet with success or failure, the art is still within them and needs to come out. Creativity doesn’t care about the end game, humans do. So, no, it’s not about the end game.

NOTE #1: My journey into self-promotion and expressing my creativity is in full swing. On Thursday, November 3, I’m having an opening for an exhibition of my paintings at a clothing store. If you’re in the New York area, please come.

NOTE #2: My friend suggested that I start a log on my self-promotion activities, similar to the acceptance-rejection meter. I’ll have to figure out how to best structure it. But here are my current stats below:

Single Woman’s Manifesto
I went to three more bookstores this month. (It still required a lot of self-talk. On an emotional level, I really did not want to do it. As an adult artist on a mission, I knew it had to be done.) One store accepted the book. I also checked in with the bookstores that took copies of the book last month. The bookstore that took five books sold three of them in the past month. I’ll check in with them next week to see if they want more. The bookstore that took 15 books told me they still have enough. I’ll be checking in with them next month.

Bookstore rejections: 3
1. One bookstore never responded to the book I left with them for consideration.
2. One bookstore does not accept self-published authors and only works with distributors (as most mainstream books stores do).
3. One store was a gift shop, not a bookstore, and as such, does not do consignment.
I will be back on the journey next month.

MOJO series:
Now that we are in the Internet age, promotions are easier than ever. I sent out an evite to friends and acquaintances, invited my contacts on facebook, and sent out ten press releases to newspapers or Web sites that post event listings. I also made my own minisite to highlight the work.
Press releases sent: 10